In these uncertain times, I find myself thinking more and more about the word ‘snake’ in Hebrew and what it represents. The word for ‘snake’ in Hebrew in נָחָשׁ (nachash). It’s a masculine noun so its plural form is נְחָשִׁים (nechashim).

There is something very intriguing about the shoresh נ-ח-ש (Nun-Chet-Shin) which forms the word נָחָשׁ (snake). When you conjugate it in Binyan Pi’el you get the verb נִחֵשׁ (nichesh) which nowadays primarily means to guess. But in Biblical Hebrew it doesn’t refer to any type of guessing, and rather describes something more similar to fortune telling or divination – using some sort of dark forbidden sorcery to read the fate and or see what the future holds for someone. A person who practiced this dark art was known as מְנַחֵשׁ (menachesh – male) or מְנַחֶשֶׁת (menacheshet – female), and the ritual itself was called נִחוּשׁ (nichush) – a word that simply means ‘a guess’ in Modern Hebrew.

There is another word which demonstrates the connection between snakes and the dark arts but it’s not commonly used. That word is נַחַשׁ (also pronounced nachash but in mil’el) which is an archaic way to say magic or sorcery.

Origin of Snake in Hebrew

There are a couple possible explanations for the fact that the Hebrew word for snake and the Hebrew verb for guess and divination consist of the same three root letters. Historians speculate that the people who practiced divination used snakes to do their magic. Presumably, these were live snakes and the practitioners simply read signs in their movement and interpreted them. However, it quite possible that they used to cast the bones of dead snakes and read signs in the patterns they formed on the ground, or maybe they heated them and inspected the cracks like they did in Ancient China with bones from other animals.

Linguists point out to the shoresh ל-ח-ש (Lamed-Chet-Shin) which means hiss or whisper and suggest it may have something to do with it, as this is the sound snakes make. It’s not uncommon to see mix-ups involving the letter Lamed and Nun because they do represent similar sounds. Therefore, it’s perfectly plausible there was some influence, but the question of the chicken and the egg still remains. Another shoresh that may have been a part of this mix-up is ר-ח-ש (Resh-Chet-Shin) which indicate subtle noises or rustling sound, thought it is more closely related to the shoresh ר-ע-ש (Resh-Ayn-Shin) which means noise.

Who knows, maybe there’s truth to both hypotheses and the whispers were also part of the divination ritual. It is not that far fetch considering whispering is usually how spells are cast. In fact, the word לַחַשׁ (lachash) in can mean both the verb ‘to whisper’ and the noun ‘spell’ in the context of magic. I guess what I am trying to say is that maybe divination in Ancient Israel required some degree of knowledge in parseltongue.

Snake and the Tree of Knowledge

The fact that the Hebrew word for snake and the Hebrew verb for guessing are based on the same three root letters is all the more interesting considering how things unfold in the story of the Garden of Eden told in Genesis chapter 3. The chapter actually opens with the word snake and with the conversation Eve has with it, in which the snake convinces her to eat from the Tree of Knowledge.

The Tree of Knowledge is introduced in its full name in Genesis chapter 2 verse 9. It consists of four Hebrew words:

The first word עֵץ (ets) means tree, and the last two words are טוֹב (tov) which means good, and רָע (ra) which means bad or evil. They are connected with the letter ו (vav) which is the Hebrew ‘and’ at the beginning of רָע (bad). But the operative word here is the second word דַּעַת (da’at) with the definite article letter ה (heh) before it. The word דַּעַת (da’at) is based on the shoresh י-ד-ע (Yod-Dalet-Ayn) which refers to knowing and knowledge. In a sense, it is an antithesis of the shoresh נ-ח-ש (Nun-Ayn-Shin) because guessing what you do when you don’t know.

However, it is worth noting that the shoresh י-ד-ע (Yod-Dalet-Ayn) also represents broader concepts of the mind. In the Bible we can also find the word דֵּעָה (de’a) which roughly means opinion, thought, or even wisdom, and in Modern Hebrew we have the words תּוֹדָעָה (toda’a) and מוּדָעוּת (muda’ut) which mean consciousness and awareness respectively.

Therefore, it is not entirely clear whether the Tree of Knowledge gives the knowledge of what’s good and what’s bad and the ability to differentiate between the two, or that after you eat its fruit you simply become aware to the concepts of good and bad, but you still have to debate with your consciousness which is which and learn it for yourself. I personally lean towards the latter, and I see The Tree of Life as the other essential in the quest for absolute knowledge and wisdom – infinite time.

But no matter how you want to look at it, there is not denying that with knowledge and awareness also comes uncertainty. Before they ate from the forbidden fruit of the Tree of Knowledge, Adam and Eve lived in the Garden of Even in a blissful state of neither certainty nor uncertainty. But after they ate from the fruit, they started to know, and with that also came the burden of knowing there are things they don’t know and probably never will.

To put the whole story in nutshell, the snake introduced uncertainty into the mind of Man through the promise of knowledge. If that’s not a perfect allegory to American colleges in the age of post-Modernism, then I don’t know what is.

If we take the shoresh נ-ח-ש (snake / guess) and replace the middle letter Chet with the letter Kaf, which both look and sound very similar, we’ll get the shoresh נ-כ-ש (Nun-Kaf-Shin). There’s something very interesting about this shoresh and how it particularly relates to snakes.

However, when we mold the shoresh נ-כ-ש into Binyan Pi’el we get the verb נִכֵּשׁ (nikesh) and this is where things get really interesting, because this verb has nothing to with biting. Instead, it means to weed in the sense of removing unwanted plants by plucking them from the ground root and stem. The Hebrew word for pickaxe מַכּוֹשׁ (makosh) is based on the same root, and when you think about it the way you operate a pickaxe is similar to how snakes move when they bite and sink their teeth in their prey. In fact, maybe the verb נִכֵּשׁ (nikesh) originally referred only to the use of a pickaxe, but then gradually expanded any form of weeding in general.

I honestly couldn’t tell you which hypothesis is correct – maybe both of them are, and maybe none of them is. I just find it fascinating that the verb for snake biting in Hebrew and the verb for pulling out wild weeds from the ground are based on the same root. Not only does it demonstrate some kind of weird action-reaction symmetry in the Man Vs Snake scenario, but it also goes to show you how deeply engrained the Garden of Eden story and agricultural logic are in Hebrew.

It is an old reminder that when we contend with evil thoughts and bad ideas, we’re essentially doing to them what they are trying to do to us. From the snake’s perspective, it is the man wielding the pickaxe who tries to bite it, so its reaction is not only natural but also justified. It doesn’t know, nor would it care to know, that the man is actually aiming at the undesired weed because it harms the other, more valuable, fruit bearing plants.

Do you know how the undesired wild herbs you need to weed out from you garden are called in Hebrew? They are called עֲשָׂבִים שׁוֹטִים (asavim shotim). The word עֲשָׂבִים is the plural of the noun עֵשֶׂב (esev) which means herb. The word שׁוֹטִים is the plural form of שׁוֹטֶה (shotte) – a noun and an adjective that in any other context means fool, stupid, or mad. It is based on the shoresh ש-ט-י (Shin-Tet-Yod) which is closely related to the shoresh ש-י/ו-ט (Shin-Vav/Yod-Tet). The shoresh ש-י/ו-ט means (among other things) to wander around aimlessly or to deviate from the right path, so the association with wild herbs may have come from there.

Regardless of how it came to be, the fact that wild weeds you need to remove because snakes thrive in them are literally associated with stupidity, once again ties us back the Garden of Eden and to The Tree of Knowledge.

I guess what Hebrew is trying to say here is we need tend to your garden of knowledge. We must work tirelessly to weed out stupidity and madness and thus leave the serpent of uncertainty with no place to hide. In order to do that successfully we need to be just like the snake – swift, accurate and lethal. Some people will undoubtedly mistake that for viciousness, but there is not much we can do about it. However, this does not excuse us from the responsibility to keep checking ourselves and making sure we don’t turn into the very thing we’re fighting.

Naturally, when we work in the garden, we risk getting ourselves bitten by snakes every once in a while (and the more we get bitten the greater the chances we’ll turn into the thing biting us), but the risk of not doing that is far greater. 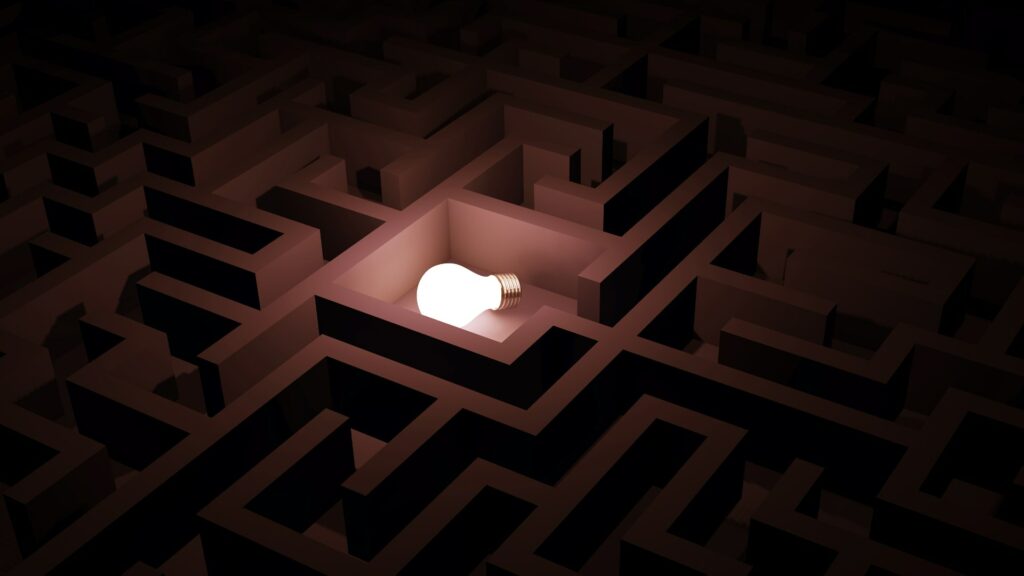 Warning: The following post contains spoilers the first season of Westworld. Reader discretion is advised. My feelings towards Westworld are somewhat complicated. I absolutely loved…