I don’t believe in White Privilege. But if there’s anything that might change my mind on that, it’s how white “liberals” allow themselves to speak to anyone who disagrees with them.

As I said in my Rings of Cower post, Amazon’s new show Rings of Power, and the highly politicized marketing campaign that accompanied it, really made me pick up my sword and join the battle against what I considered a bastardization of a great piece of literature that had a huge impact on my life.

These days this sort of battles is mostly fought on social media using a keyboard and mouse. Most of the time you just post a meme or a comment out there with the hope it will get some traction. Most of the times nothing really happens, but there are those rare occasions you suddenly find yourself in a sub-thread of the comment section engaged in a close quarters combat.

The other day I found myself in one of those virtual narrow allies with a very (shall we say…) spirited opponent. However, nothing could have prepared for some of the things that happened in that heated exchange. It all started after I created the following meme and started posting it as response to some of Rings of Power official content.

The point I was trying to make is that Rings of Power pales in comparison to the actual writings of Tolkien. I only used images from The Lord of the Rings Trilogy on as a visual analogy to get the point across, but quite a few people made an honest mistake and thought I was actually trying to compare Amazon’s RoP to Peter Jackson’s LotR or that I regard the cinematic trilogy as canon.

Here is my reply to that comment and I will be the first to admit that it could have been kinder and less condescending. I guess I was tired from repeating myself, or maybe it was just the heat of battle.

After another short interaction about the show vs the trilogy things started to get interesting. A new player entered the arena and straight up accused me of lying.

To that I replied with a reminder that we’re discussing opinions and then went on in explaining mine, while trying to back it up as best as I could.

To that he replied with an absurd request and also proved he didn’t pay much attention to my comment, so I called him on that.

In response he claimed my entire argument was not in good faith, because I haven’t seen the whole show. I tried to point the flaw in that logic, but I got a little bit sidetracked by discussions I was having on other threads and made a broader argument than I should have.

In all fairness to him, he did call me on that and tried to get back the point he was making about which adaptation was more faithful.

Sadly, I didn’t get that, or I would have written a whole comment about how faithfulness in adaptations is also in the eye of the beholder, and that different people care about different things. I would have also argued that it is irrelevant how much I have seen from the show if by my count it is already less faithful. Instead, I just replied with this GIF which was perfect to remind him that at the end of the day we were still discussing opinions.

I also added a link to this YouTube video from Nerd Cookies which focus on what appears to be a tiny insignificant change they made to the character of Galadriel’s brother and explain how it completely changes one of the core stories in the lore which was arguably Tolkien’s favorite tale.

We started circling around the same point over and over again like two five-year olds, so I tried to let it go using another fine GIF.

But he kept insisting on seeing things in absolute terms, and that interpretive art is an exact science.

I considered saying something about how only Sith lords deal in absolutes but decided it was better not to. Instead, I went with another GIF.

Then he started implying that there is something wrong with me for getting really worked up about it. He also referenced the article I wrote about the case against black elves which I posted a link to it in another thread.

I highly doubt he actually read my answer above because he never replied directly to it. Instead, he commented on the link in the original thread I posted it, but in a manner that made it very clear he missed the part where I wrote I don’t think I belonged there myself.

It was at this moment that I decided to start laying a trap, and also change a bit the style of my arguments to better suit the progressive mindset.

The fact that he learned I wasn’t white didn’t phase him much. He simply went with the classic and extremely condescending argument of “internalized racism”, which I knew exactly how to handle.

He kept pushing and made it very clear didn’t have the first clue of how hard Tolkien worked to give Middle-earth depth and authenticity, or how Rings of Power negates that.

Now, I could have gone down that line and argue about the nature of the world of Tolkien and How Rings of Power contradicts that (as I did in the article he so obviously didn’t bother to read). But since at this point I already knew that would be futile, I decided to keep arguing the liberal talking points.

He replied with the following comment which he ended with a personal attack that made it very clear to me I was on the right track.

To that I replied with two comments. One comment about Tolkien’s work which was a chance to get back to the issue at hand, and another comment about race relations in our world.

Guess which one he completely ignored and which one he used as grounds to keep going with his personal attacks.

But then he took it one step further and did something totally unexpected that never happened to me before.

Boom. He fell right into my trap.

I really thought I had him with this comment but instead he just kept doubling down.

To that I replied the following and tried to remind him what actually happened who brought up the question of my race.

He then proceeded to textbook gaslighting – slightly changing his account and claiming that the fact that I care so much is what’s actually wrong here.

I didn’t buy it of course. I corrected his statements, set the record straight and brought back the question he ignored earlier.

He answered almost completely as I expected. He didn’t bring up the issue of social hierarchies in our world but his did only answer it in regard to Asians.

I gave him full marks for the consistency in his opinions.

He just kept repeating the same arguments and personal attacks.

It went on for a bit more, and you can go and read the whole thread if you want. I eventually decided I had enough, and that I have better things to do.

Rings of Power – One comment that tells it all

One of the reasons his attempted gaslighting didn’t work is the fact that it is very clear I am not the only one who feels this way about Rings of Power, or the only one who is disgusted by Amazon’s tactics and marketing approach.

With Facebook being Facebook and all, more and more Amazon’s Ring of Power content started appearing in my feed. Here is a spontaneous reply I wrote a couple of days ago which is closing in on already passed 4,000 likes.

If you visit the original post, you’ll find many supportive comments made by people from all over the world agreeing with what I wrote there. Of course, there were also people who tried to label me as racist because of the word darkness. You can probably guess where they were from and how “dark” was their skin.

The best way to describe Rings of Power

I think I had enough of these toxic exchanges that mostly benefit Facebook and Amazon. I will leave you with what I regard as the most perfect way to describe of how this show made me feel ever since the first trailer came out.

The Rings of Power feels thin. Sort of Stretched. Like a tiny hint of Tolkien butter scraped over too much stale woke bread.

I think that really captures it for me. Feel free to use this or the meme at the beginning of this article if they do the same for you. 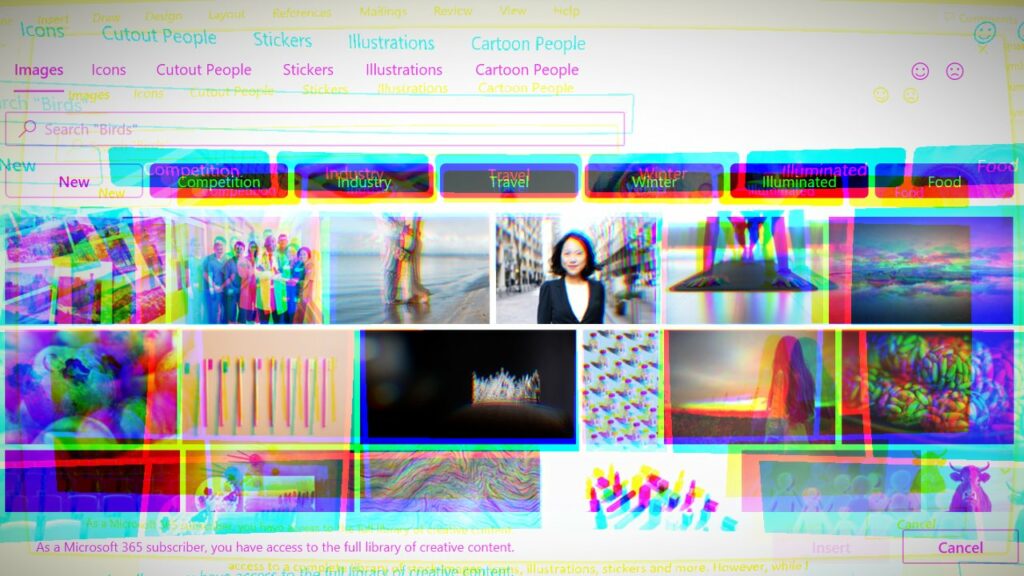 In the last couple of weeks, I have been working on and off on a PowerPoint presentation for a new course titled Introduction to Mandarin…